The Steering Committee provide the overall strategic direction of the Initiative to ensure it addresses the implementation of the 2014-2020 Regulations for the European Structural and Investment Funds.  The Committee identify promising practices and innovations that can be replicated as well as highlight deficiencies that undercut the achievement of key goals with respect to community living for all.

Debra A. Jones is the Lumos Foundation’s Global Advocacy and Campaigns Director where she spearheads Lumos’ influencing strategy to ensure that no child lives in an institution by 2050. Her portfolio includes: child protection, child rights, health, sustainable development, and much more.

Ms. Jones is a member of the Expert Advisory Group of the UN Special Representative to the Secretary General on Children and Armed Conflict. She has more than 25 years of experience partnering with UN agencies, government delegations, and civil society partners to create lasting positive change for the world’s poorest and most vulnerable children and women. She has served for 20 years as an Adjunct Professor at the School of International and Public Affairs at Columbia University. Prior to joining Lumos, she was the President, UN Representative and Director of Save the Children’s US Global Advocacy Office. For almost a decade she held various positions at Family Care International, including the Director of Global Advocacy and the Country Director in the Dominican Republic. Ms. Jones co-founded the Paraíso Assistance Program and the International Organization for Adolescents. She has also worked with the Rockefeller Foundation among others. She has a Masters in International Affairs and a Masters in Public Health from Columbia University. 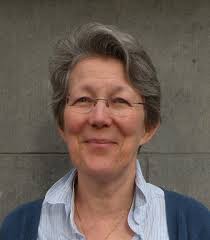 Anne-Sophie Parent is the Secretary-General of AGE Platform Europe.  AGE Platform is an EU network which represents 30 million people directly aged 50+ across the EU. AGE aims to voice and promote the interests of the 150 million inhabitants aged 50+ in the EU.

Anne-Sophie has 20 years experience in dealing with policy and project development at EU level, having been Director of Autism-Europe for 6 years and President of the Social Platform for 2 mandates. She sits on various advisory committees set up by the European Commission (European Pensions Forum, e-Health Stakeholders Group, European Health Policy Forum, Advisory Board of the Assisted Ambient Living Programme, Dialogue Group on Insurance, Financial Services Users’ Group, Steering Group of the European Innovation Partnership on Active and Healthy Ageing). She is also a member of the Advisory Group of the United Nations – Economic Commission for Europe (UN-ECE) Generations and Gender Programme and a member of the Advisory Board of the World Demography & Ageing Forum (WDA). 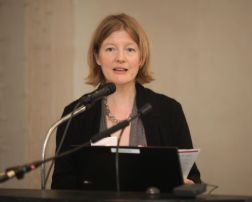 Catherine Naughton is Director of the European Disability Forum (EDF), an independent non-governmental organisation that represents the interests of 80 million Europeans with disabilities.

Catherine is strongly committed to the disability movement and has a wide knowledge of international cooperation and the European Union, together with a strong commitment to the promotion of the involvement of organisations of persons with disabilities in policy and decision making processes.

Maria Orejas-Chantelot is the Policy and Programmes Director of the European Foundation Centre, the Brussels-based international association representing more than 200 philanthropic organisations, including foundations and corporate funders.

Maria is a lawyer, member of the Madrid’s Bar specialised in international business law.  Maria has held various positions related to European matters.  Following years active as a lawyer in Spain, she worked in Paris on project management assignments in international organisations from both the public and private sectors. 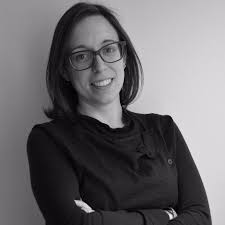 Laura Marchetti is the Coordinator of the European Expert Group on the Transition from Institutional to Community-based Care (EEG). The EEG is a broad coalition gathering stakeholders representing people with care or support needs and their families, including children, people with disabilities, homeless people, people experiencing mental health problems; as well as service providers, public authorities and intergovernmental organisations.

Laura has been working in the field of human rights at European and international levels throughout her career. More specifically she has focused on the rights of persons with disabilities, children’s rights, de-institutionalisation, economic and social rights.

Prof. Gerard Quinn is Professor Emeritus in law at the National University of Ireland (Galway). He currently is a visiting professor at Raoul Wallenberg Institute of Human Rights and Humanitarian Law in Lund/Sweden and the chair at the School of Law at the University of Leeds in the United Kingdom.

He holds degrees in political science (B.A.) and law (LL.B.) from the National University, is a qualified barrister-at-law (B.L., Kings’ Inns) and a graduate of Harvard Law School (LL.M., S.J.D.).

He has had a varied career in public service.  He was a former Director of Research at the Irish Government’s Law Reform Commission and has served two terms on the Irish Human Rights Commission.  He has served on other Government bodies such as the Ministry of Foreign Affairs Joint Committee on human rights and the Government’s Commission on the Status of Persons with Disabilities.  He is currently a Presidential appointee to the Council of State which provides constitutional law advice to the President of Ireland.

He currently sits on the scientific committee (advisory board) of the European Union Fundamental Rights Agency (EU FRA, Vienna).  He has worked as a temporary civil servant in the European Commission (EU) on equality policy and also rose to be First Vice President of the Council of Europe’s Social Rights Committee (a treaty monitoring body on economic and social rights in Europe).  He has directed large studies for the UN Office of the High Commissioner for Human Rights and led the delegation of Rehabilitation International during the drafting of the new UN treaty on the rights of persons with disabilities.

The European Union Agency for Fundamental Rights (FRA) is one of the EU’s decentralised agencies. These agencies are set up to provide expert advice to the institutions of the EU and the Member States on a range of issues. FRA helps to ensure that the fundamental rights of people living in the EU are protected.